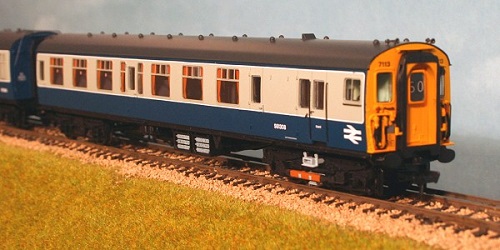 Bachmann released details at mid-day on 14th January but these did not reach the public realm until after 3pm.  Bachmann have previously stated their last year or so was for consolidation and catch up, given their lead time on introduction of newly announced models was getting even longer.  On top of which a known enforced move of production to another factory did not go well, leading to a temporary reduction in production capacity, because they had to vacate the old factory earlier than was expected and the new facility was not ready.   For 2019 new tooling is confined to a few 009 models and an HKA bogie hopper wagon.  That really is it.  Otherwise their 2019 programme consists of a substantial quantity of new versions using existing tooling.

There is very little of specific Southern Electric interest and nothing really new.  The newly re-tooled 158/9, announced last year and of course yet to see the light of day, is also to be produced with a DCC sound chip.  (NSE livery 159 product code 31-520SF.)  Otherwise a DEMU and some EMUs are to reappear, mostly as weathered versions.  Caveat emptor, some, but not all, of which carry the same number as an existing clean version.

In Bachmann’s N gauge Graham Farish 2019 announcement there is absolutely nothing new for Southern Electric modellers.