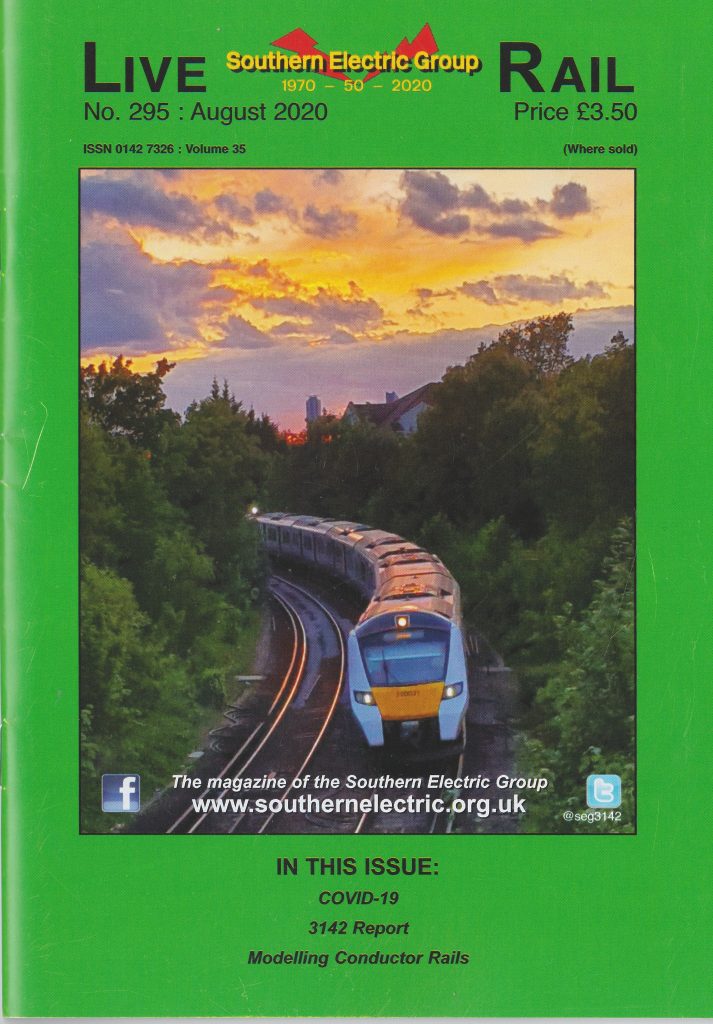 Live Rail is the magazine of the Southern Electric Group issued six times each year to only to members.

Every Live Rail contains both topical and historical information about the development and operation of the third rail system. It is produced in a high quality A5 format with six issues each year, published in February, April, June, August, October and December. A one year subscription to the Southern Electric Group will bring six consecutive issues.

Every edition of Live Rail has:
Regional Review section comprised of six to eight pages devoted to day to day happenings, services, infrastructure and the trains themselves in the Southern Electric area under the following sections:

Other regular features in most, if not all, editions of Live Rail are:
Group News – Information for members activities, meetings, working party dates for unit 3142, feedback from the management committee and preservation company, etc.
Letters – Group members air their views on Group and Southern Electric matters.
Members Queries – Ranges from anything in the FAQ category through members seeking data for research through to those obscure details.
Meeting Reports – Resumés of Southern Electric Group meetings, seminars and presentations.
Modelling Update – Information, articles and news about modelling the Southern Electric System
Preservation Update – Reports of the work done by the Preservation Team restoring 4COR 3142.