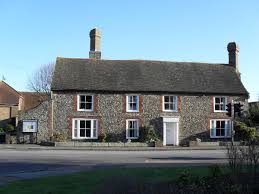 Our Sussex Branch are making plans to hopefully restart meetings. The planned programme is:

Meetings are normally held in the Deall room at Southwick Community Centre (BN42 4TE) between 7.30 & 10pm. The centre is located a few hundred yards north of Southwick railway station, there is limited parking on site but ample nearby. Entry is free for members; a donation of £3, to help cover expenses is requested from visitors. Sometimes late changes are unavoidably made to the programme, we apologise for any inconvenience caused.