Bachmann’s three MLV models were released in quick succession at the end of July 2012. Along with their existing 4Cep and 2EPB models never has anyone who wants to model the inner suburbs of south east London from the very late 1950s to the mid 1980s been so well served! 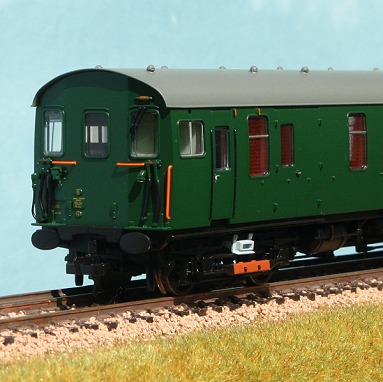 Produced to the same extremely high standard as their 4Cep and 2EPB models, there are appropriate detail variations between the three.

Design, construction, painting and detailing of these models is first class. They are powered by the same motor-flywheel driving a single bogie arrangement as on the CEPs and EPBs, but in this deployment being located at the battery end of the van the intrusion into the interior is hardly noticeable. Given this drive provides sufficient power for a 4 car set there is plenty in reserve in this model. A 21 pin DCC socket is installed and an enclosure to fit a loudspeaker is supplied for the user to fit. With the capacious interior not only is there more than sufficient room but a DCC installation will also be inconspicuous.

Double white blank headcode blinds are fitted at each end which by way of directionally controlled circuitry are illuminated white at the leading cab and red at the trailing. This gets round the inability to change headcodes, however operating on DC this does not show whilst stationary and a white blind illuminated red is not as authentic looking as a red blind illuminated white.

The detail, both moulded on and separately applied, is extremely well done. However one needs to be careful when handling these models to avoid damage, particularly with the underframe equipment (been there, done that – fortunately did not lose the bit – had to get out some plastic solvent…) . The two different bogie lengths and types (8ft 9in Mk3 power bogies, 8ft 6in unpowered bogie) are correctly portrayed but note like the Cep and EPB bogies the shoebeam/shoes overhang a conductor rail fitted to the end of OO/HO gauge sleepers. Slimline tension lock couplers are fitted into NEM pockets and for a slightly more authentic appearance and operation fitting of Kadee or Kadee type couplings is indicated.

The underframe detailing is a true work of art and “early” equipment (such as plain camshaft and auxiliary battery covers) is represented on the green models whereas “late” equipment (vertically ribbed camshaft and auxiliary battery covers, plus an additional EP brake box and drain cocks) on the blue and grey version. However, the resistance grids do not look quite right to me, nor do they match photographs particularly well. I have seen pictures of MLVs with both deep (Cep type) grids and shallow (EPB type) grids. These models have shallow grids and I think they are both too shallow and hung too low – there should be not so much daylight between the top of the grids and the floor – which is why they do not look right.

There are also differences in detail on the roofs. The “early” version has periscopes but no airhorns (correctly a whistle is instead fitted above both cab windows), the late green version has periscopes and airhorns and the blue and grey version plated over periscope positions and airhorns. However I think there is one erroneous ventilator on all three versions. Picture and diagrams indicate that between the periscopes there should only be a single ventilator on the driver’s cab side, not two ventilators symmetrically sited. There are some pictures of MLV roofs on the Southern E-Group website showing this clearly. A careful bit of work with a chisel bladed knife followed by some weathering should correct this.

(below) Top to bottom the three roof versions. I think that between the periscopes (or position of periscopes) there should only be a ventilator in the top row as pictured here.

The model comes with a clear set of instructions about how to remove the body and a useful exploded diagram. 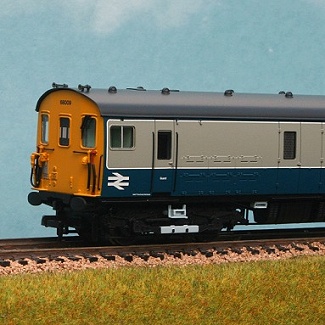 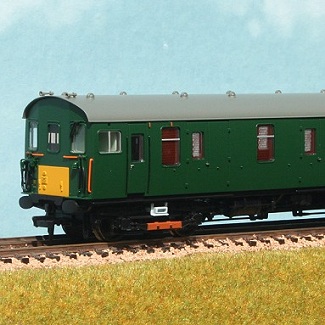 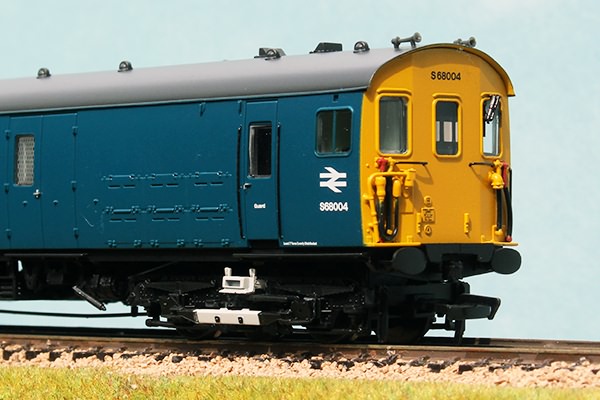 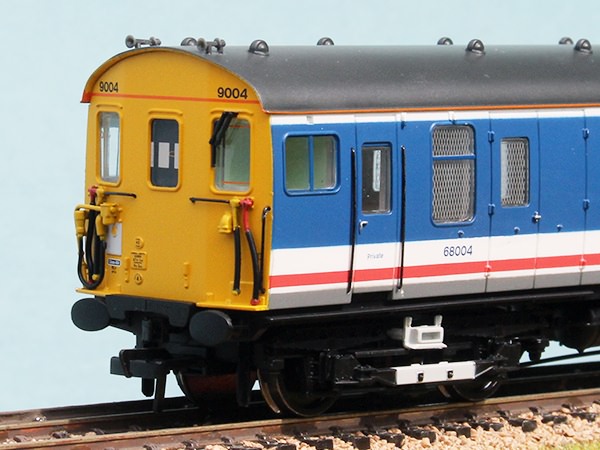 This is another stunning EMU model from Bachmann. The errors and compromises are minor and may not be noticed by many – unfortunately they were quickly apparent to me as having previously built a MLV kit I had gathered reference material and studied this stock in considerable detail. This is another valuable addition to Southern Electric modelling, it is just a shame that MLVs did not operate far and wide on the Southern.

To complete the south eastern picture I doubt if a mass produced ready to run model of a 4DD or 1920s “3” stock will ever be produced, but hopefully a 2Hap (plus 2Sap and 4Cap) will eventually appear so easy modelling of the outer suburbs and semi-fast workings so a comprehensive model of the Kent Coast Electrification Scheme can be portrayed.